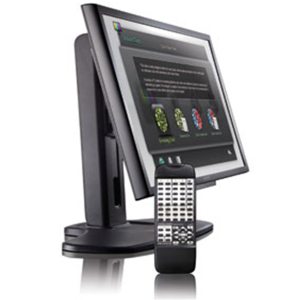 A great variety of charts and vision test procedures bring you the most accurate prescription! The most complete variety of Huvitz LCD Charts and Optotypes System, HDC-9000N/PF, now in Full HD technology.

Several types of visual acuity and function tests are provided including the binocular balance test, stereoscopic vision test and heterophoria / heterotropia tests by the use of this state of the art technology with the polarized LCD panel.

High resolution LCD allows you to see the smallest size charts and optotypes without distortion and provides a comprehensive test range with the visual acuity charts.

Working distance can be adjusted according to the testing environment at the user’s convenience. Working Distance :1.5m-6m (It can be set at a scale of 10cm)

HDC-9000/PF can be upgraded automatically simply by uploading the new software to the USB memory and plugging it into the USB slot.

HDC-9000N/PF can be synchronized and integrated with the HUVITZ Digital Refractor HDR-7000 for a more convenient, faster visual acuity test. All the functions of the HDC-9000N/PF chart can also be operated from the control panel of the HDR-7000. A wireless interface IR connection option is offered at your convenience to make the installation easy

The more than 100 various charts for the HDC-9000N/PF support all manners of tests for the visual acuity and visual function. Standard charts include tests such as Letter, Number, Landolt C, Snellen E, Children chart and other specialty charts

The HDC-9000N/PF also has a function to measure contrast sensitivity at various levels using letter charts and the bar. The results of tests are analyzed and displayed providing the patient with more details and a professional and analytical diagnosis.

HDC-9000N/PF provides a variety of polarized charts that can be applied to many types of tests using the Cross Cylinder, Red/Green, Polarization and other special lenses such as the Binocular Vision Test, Stereoscopic Vision Test, Heterophoria / Heterotropia Test, Binocular Balance Test. Fusion and Suppression Test, Aniseikonia Test and more.

For the color blindness test, the HDC-9000N/PF supports the professional test consisting of 85 color charts diversified by wavelength and the simple test of 15 color charts.

The HDC-9000N/PF provides single letter and horizontal / vertical line masking with the image always displayed in the center of the screen. This function prevents test errors caused by memorizing the position of characters in advance by patients.

The macular degeneration can be checked by the amsler grid on the HDC-9000N/PF.

The HDC-9000N/PF shows patients the examples that can explain diversified refractive errors such as myopia, hyperopia, and astigmatism. It is also possible to play video or display images stored to the USB memory at user preference. This can be used to advertise the optical shop during the screen saver mode.

The improved effect for the visual function can be expected by measuring the convergence and divergence power as it helps the eye move through the vergence chart. 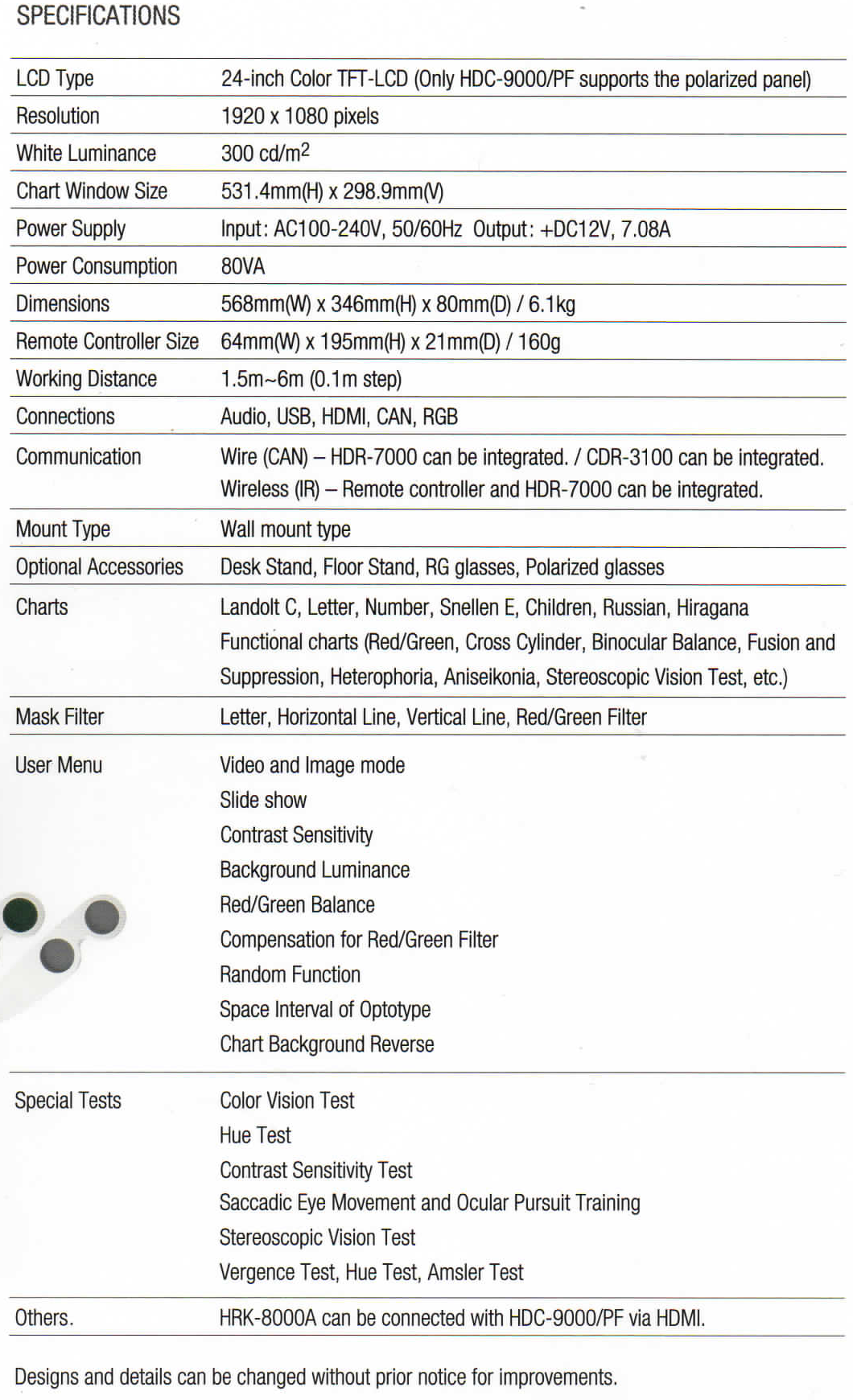